The Finest Dishes To Try When Visiting Australia 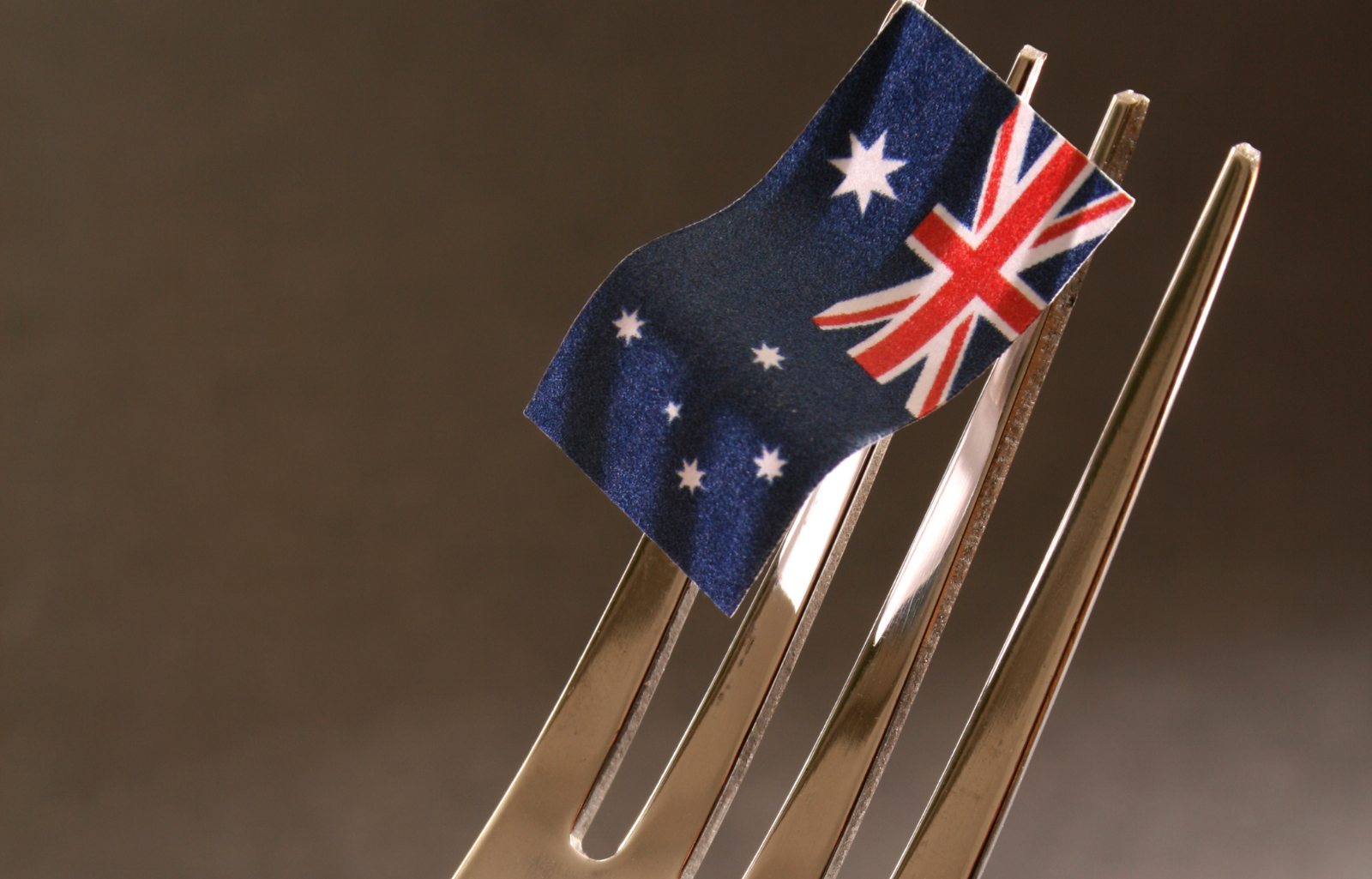 Australian cuisine is hearty, nutritious, and frequently rooted in Australian culture. They have a wide range of unusual flavour combinations, fascinating tales, and a great deal of nostalgia. The majority, if not all, of these unique delicacies, must be tried on a visit to Australia. These meals, which are loved and consumed by millions of people daily throughout Australia, have together contributed to the development of Australian culture as it is known today.

When travelling to Australia, make sure to try some of the country’s delicious dishes. From succulent seafood to traditional Australian barbecues, there are plenty of flavours to enjoy while touring Down Under. With so many unique and tasty options available, it can be tough to know where to start. That’s why we’ve put together a list of some of the best dishes that you simply must try when visiting Australia as your travel guide to tickle your tastebuds. So get ready for an epicurean adventure!

The most popular one that “foreigners” discover and almost always detest is vegemite! Regardless of how often people tell you it’s horrible, you should at least give it a shot. It’s probably an acquired taste. If you look up Vegemite on the internet, you’ll probably find videos of individuals eating whole spoonfuls of the spread while being silly. For the record, no self-respecting Australian consumes Vegemite in this manner!

The yeast left over after producing beer is used to make vegemite. Essentially, Vegemite is a condiment that is frequently placed on toast or bread. A thick layer of Vegemite is often smeared on top of a slice of toast or bread that has been lavishly spread with butter in Australia. Other parts of the world also enjoy similar spreads like Bovril and Marmite. In reality, when the supply of Marmite from the UK to Australia was disrupted during WWII, Australian businesses rushed to develop a homemade substitute.

A symbol of Australia, the simplicity of this morning’s dish is so alluring that former prime minister Kevin Rudd described himself as a “toast and Vegemite sort of guy,” instantly conjuring up the country’s carefree attitude and appreciation for the little things in life. Vegemite is even featured in an exhibit at the National Museum of Australia together with the boomerang, kangaroo, Uluru, and the Southern Cross as “symbols of Australia.” Vegemite is not only delectable, but it is also vegan-friendly, halal, and kosher-certified!

Although this may not sound particularly Australian, it is one of the most frequently found foods in an Australian bar. Many bars offer a parma night when you can have a tasty chicken parma and a beer for a reasonable price. A chicken parma is a schnitzel-style dish made with breaded chicken that has been coated in flour, egg, and cheese before being topped with a delectable tomato sauce. On a plate, it’s like Australia and Italy collide!

Despite the fact that Americans also like “chicken parm,” the Australian version is substantially different. Crumbed chicken, tomato sauce, and cheese are all combined in this dish, which is then finished off on the grill until the cheese turns a stunning golden brown. It is a popular Australian meal that is typically served with chips or salad (and one or two beers).

Even though barbecuing is not particularly Australian, it had to be included on our list since it is so deeply ingrained in Australian society. Despite the enduring slur “put a shrimp on the barbeque,” Aussies are much more likely to be cooking red meat, corn cobs, and sausages (or “snags’ ‘). In addition to being a beloved tradition at the most improbable locations—the neighbourhood hardware store—BBQs are a staple of most Australian public holidays.

You’re likely to witness a “sausage sizzle” going on if you visit a Bunnings hardware shop. A variety of toppings are placed on top of grilled sausage, which is a straightforward barbeque classic. Simple, yet precious in the eyes of the locals, and a perfect representation of Australia’s casual BBQ culture.

Fish and chips made in Australia are excellent. Given that Australians have yet to perfect the art of mushy peas, fries, and gravy, the majority of English visitors will find this claim to be extremely dubious when it comes to fish and chips. You are almost certainly assured to always acquire a tasty and fresh piece of fish, though, given that the entire country is surrounded by water. Like barbeque, fish and chips are a local favourite but are not native to the sun-baked country. Choose Australian fish, such as barramundi or John Dory, for a genuinely authentic fish and chips experience.

Kangaroo meat is a common ingredient on grocery store shelves and restaurant menus, though tourists typically capture pictures of them hopping around. You may cook kangaroo in a variety of ways, including steaks, burgers, sausages, and more. It is a slice of lean red meat that is healthful. A great marinade made from kangaroo meat was delicious, and I’ve tasted it. It is undoubtedly advised if you want to give it a try once to use a nice marinade.

Former Premier of New South Wales Bob Carr once referred to the meat pie as the country’s dish. New Zealanders assert once more that it plays a similar role in shaping their cuisine as does Australia’s. The Four’n Twenty pie, which is strongly connected with attending Australian Football League (AFL) games, is arguably the most recognisable meat pie brand. The pies are typically hand-sized or smaller, with fillings of rich minced beef and gravy enveloped in puff pastry, however, there is no set formula.

The Anzac Biscuit’s origins are a subject of significant debate. Despite the fact that they are unmistakably linked to World War One and the Australian and New Zealand Army Corps (ANZAC), there appear to be two different origin stories for them: either they were sent to the soldiers because the ingredients didn’t spoil easily, or they were prepared by the women at home for bake sales that raised money for the war effort.

In any case, Anzac biscuits are a serious business, and competitions to bake them are routinely held all year long, especially near and on holidays honouring fallen soldiers. Rolled oats, golden syrup, and coconut shreds make up the majority of the ingredients. They can be either hard and crispy or soft and chewy, and there are two schools of thought on this. If you choose to dunk them, do so at your own peril. They are best served with a cup of tea.

A debate between Australians and New Zealanders is fiercely waged over this light, sugary dessert with a meringue base that is topped with fresh fruit and cream. Both Australia and New Zealand continue to debate in which country the meal was first made, but it is generally agreed that it was invented during the legendary ballerina Pavlova’s tour of both nations in the 1920s. No matter where it came from, the Pavlova is a must-have dessert in Australian cooking and is surprisingly simple to prepare (pun intended). Make your own meringue base by combining sugar and egg whites or purchase one that has already been created. Enjoy your hard work’s rewards by topping it with your prefered cut fruits, some whipped cream, and some powdered sugar.

The most popular chocolate biscuit in Australia is certainly Arnott’s Tim Tams. Ross Arnott, the proprietor of a confectionery company, attended the 1958 Kentucky Derby and later gave the winning horse of the year, Tim Tam, the name of his new line of biscuits. The biscuit was introduced in Australia in 1964 and consists of two wafer biscuits and a thin layer of chocolate cream sandwiched between them. Delicious on their own, they are also frequently served with a hot beverage in the time-honoured custom of the “Tim Tam Slam,” in which the Tim Tam is dipped and used to suck up your hot drink, with the added pleasure of eating your makeshift melted straw following!

A birthday celebration for a child in Australia wouldn’t be the same without the ubiquitous, affordable, and joyful fairy bread. This straightforward snack consists of a slice of white bread (whole grain, rye, and sourdough are not permitted), spread with margarine, and sprinkled with what are known as “hundreds and thousands” due to their rainbow-colored patterns. It is a favourite among Aussies of all ages, and each year on November 24th, Fairy Bread Day is observed to honour it.

Although the term “fairy bread” was not attached to the original description of this sweet delicacy until much later, it was published in 1928 by a confectionary company in Perth. The fact that Fairy Bread merchandise is offered demonstrates how special of a place in Australian hearts this nostalgic food has (and stomachs).

Ready to Try One of These?

If you’re looking to try some of the best food that Australia has to offer, look no further. We’ve listed some of the tastiest dishes below that will have your taste buds singing with delight. And if you need any more convincing, just know that these dishes are all locally sourced and use fresh, Australian ingredients—so you can feel good about indulging in them! Have we tempted you yet? If you want to find out more or have any questions about travelling in Australia, please don’t hesitate to get in touch with us. We would be happy to chat with you and help make your travelling experience in Australia unforgettable. 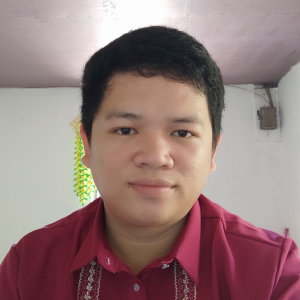 Leonardo Jr Nollora is a blogger, author, and writer who loves to travel and experience nature either for leisure or for work. He loves to help businessmen, travellers and tourists with his own experience on travelling in different places.